When you create new SAP objects, you would certainly be grateful if you could immediately find out which existing implementations you can reuse for them, so as not to start from scratch. However, SAP standard tools leave no other choice: A manual analysis would take forever. It is simply more convenient and faster to create new objects, which often results in duplicates. In this blog post, you will read how you can automate time-consuming system analyses and thus find out in the shortest possible time whether you can reuse similar objects. And the system stays clean. Fast and thorough development is no longer mutually exclusive.

New Developments in SAP Are Like Jumping into Cold Water

“Well then, let’s hit the ground running!” Almost inaudibly, the glass door slides open, releasing Nico from his first meeting with his new boss, Conny. He exhales deeply and makes his way through the futuristic open-plan office of his new employer. So many unfamiliar faces. Arriving at his desk, he drops into his chair and gives an almost imperceptible nod to his colleague Sven. Must collect the thoughts first.

He is supposed to build a new query for the purchasing data model. His first development here. It feels a bit like being thrown in at the deep end – he doesn’t know what’s already floating around in the depths of the SAP BW system. He bites his lip: There is no time for a thorough analysis in Eclipse to see whether similar queries are already based on the CompositeProvider in question. Quick and dirty, then. And clutter up the system with duplicates right away as the new guy? Even “quick” seems relative – he has to rebuild the query from scratch. Thoughtfully, he strokes his desk top. 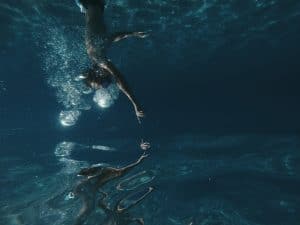 Jumping in at the deep end: Beneath the surface of SAP BW systems is much that is unknown

“Anything I can help you with?” His inner monologue does not seem to have escaped Sven. Nico waves him off and briefly describes his challenge. Sven nods promisingly and points to his mouse. “May I?”

With a few routine clicks, Sven opens the application System Scout. “Can I see the requirements Conny gave you?” Nico opens the Excel file and Sven enters the name of the CompositeProvider into the application’s search function. In surprise, Nico raises his eyebrows.

Using the BI analysis software System Scout, both new and long-time employees can check with just a few clicks what would not be possible with standard SAP tools given the time constraints involved before starting a new development:

With the help of automated analysis functions and graphically displayed data flows, it reveals,

In Nico’s example, he can display the entire graphical data flow of the info provider in System Scout with one click. This gives him a complete overview of the initial situation. In this way, he can see which objects are located above the composite provider – such as queries, stories or BO reports. Below the composite provider, other providers and DataSources as well as existing transformations are displayed.

He can also find out whether there are already queries in his system that use the same combination of characteristics and key figures as in his request. If he finds a query, he can use it as a template for his development. In fact, he can easily copy the query and then use System Scout to see where he still needs to make adjustments. For example, he can see where he still has to remove restrictions or add variables. System Scout also supports Nico with the requested variable: In a few seconds, he can find a variable that has exactly the right properties required by his specification and reuse it.

You can see how the described example is performed with System Scout in this video starting at minute 6:00 (live demo).

System Scout: Test the SAP AddOn for In-Depth Analyses on Your Own System for Free

Same hallway, same week, but confident steps this time: Nico is on his way to the same meeting room where he got his first briefing. To have completed his first assignment so quickly and yet thoroughly, in compliance with all development standards, fills him with pride – and confidence for his upcoming projects.

Whether you are a new horse in the stable or an old hand – if you would like to test the efficient analysis functions of System Scout on your own system, you can do so here. Free of charge, of course.

Any questions, suggestions or would you like to request an offer? Then just tell us your request here – we will get in touch with you immediately.

Please select the products you would like to test and let us know how to reach you.